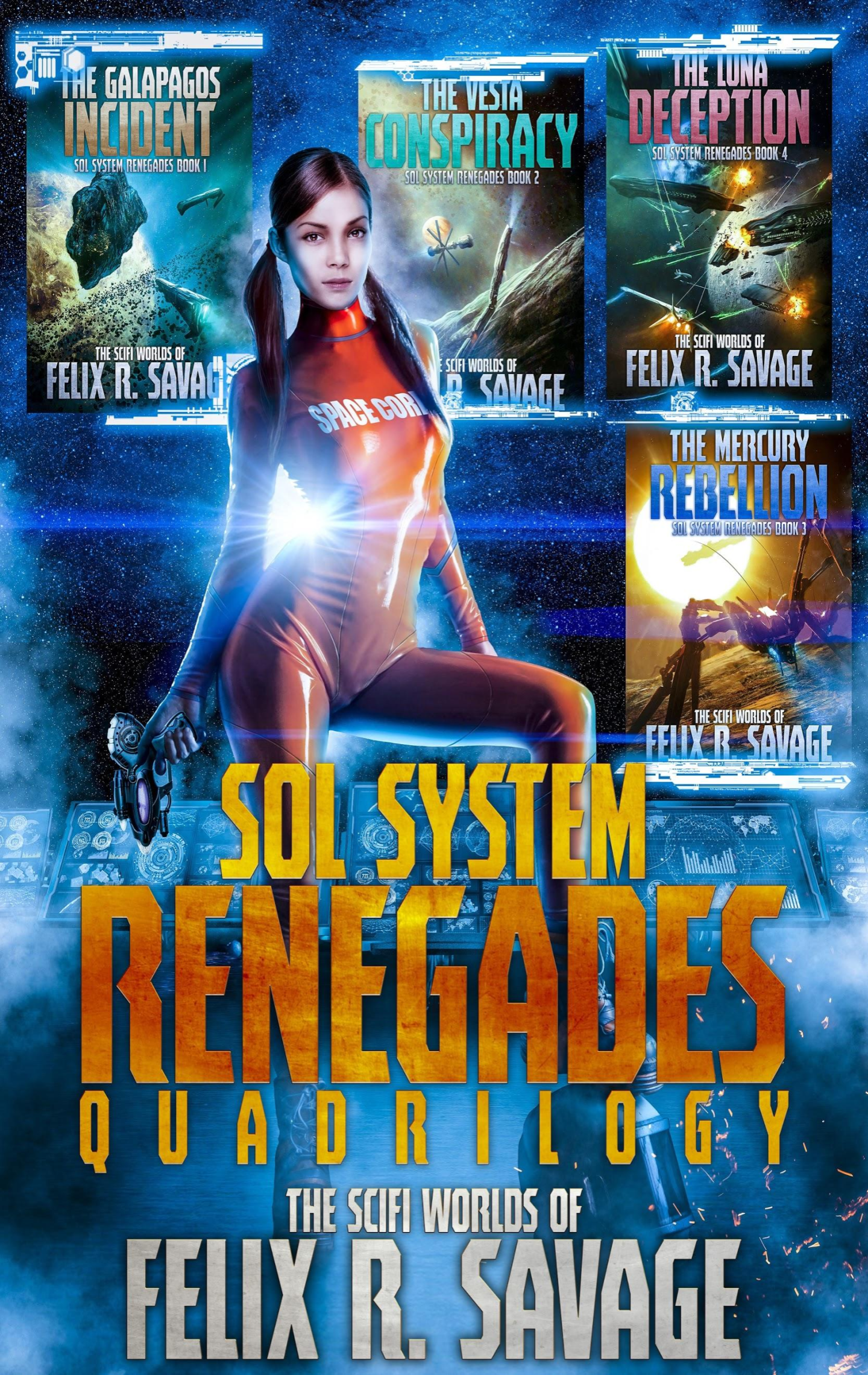 $0.99Buy Now!Read A SampleSee The ReviewsSee The Full Series

Grab the first four books in the thrilling Sol System Renegades space opera series for one low price, in this massive box set!

Stuck in a low-level position as a telepresence operator, emotionally vulnerable Space Corps agent Elfrida Goto is grappling with her toughest job yet: she’s been tasked with evicting thousands of illegal settlers from a hollowed-out asteroid near Venus. But when humanity’s deadly enemy, a murderous AI based on Mars, assaults her home base, Elfrida begins to question her loyalty to the Space Corps and her enigmatic boss, Gloria dos Santos. Racing against time, she must untangle a devilish plot that spans the solar system. It’s the only way to save the asteroid colonists … and her own life.

The Venus Assault is followed by six more thrilling novels starring Elfrida Goto and the group of renegades who gather around her. In an epic adventure spanning the most dangerous regions of the solar system, from Mercury to the moons of Jupiter, they will decide the outcome of the long war between humanity and AI that threatens to drive us to extinction.

Get the first four novels of the saga in this box-set for a limited-time low price, and start your exploration to the frontiers of the solar system today!