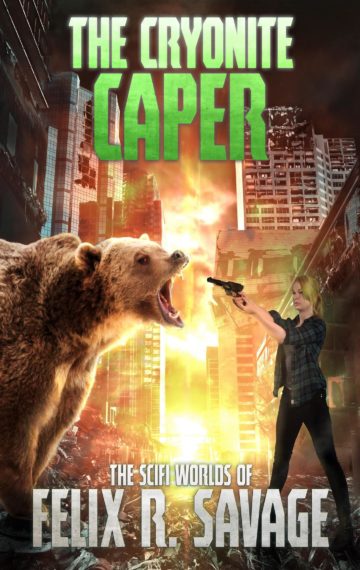 $2.99Buy Now!Read A SampleSee The ReviewsSee The Full Series

Someone froze my weapons officer in cryonite. They won’t get away with that. Let me just find somewhere to put down these talking Barbies …

Independent freighter captain Mike Starrunner has seen it all, but when someone freezes his weapons officer into a six-foot cube of cryonite, even Mike is stumped. Who would have done this and why? And what happened to good old carbonite?

On skanky, sweltering hub world Ponce de Leon, there’s no shortage of suspects. Fortunately, Mike is a Shifter—genetically gifted with the ability to shift into animal form. Unfortunately, so are the other guys. When Mike’s investigation leads him to his nemesis, notorious smuggler Buzzz Parsec, and his gang of criminal bear Shifters, things get hardcore.

If Mike can’t solve the mystery, he’ll not only lose his weapons officer, but his home.