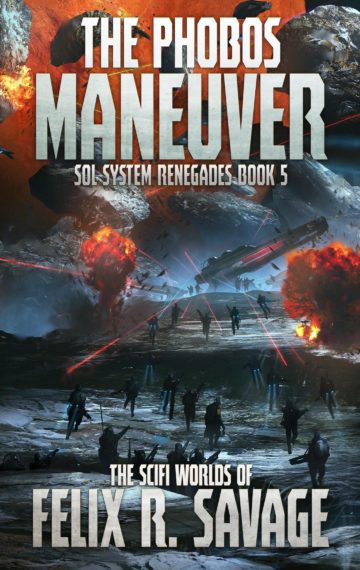 War has broken out between Earth and Mars.

It takes a lot to provoke us … but now we’re hitting back at Mars. Hard. In reaction to the devastation of the Moon, humanity ramps up an all-out war effort against the PLAN. Alicia Petruzzelli joins Star Force as a Gravesfighter pilot, only to find herself questioning Earth’s strategy.

The outcome of the war hangs on a death-defying gamble.

Elfrida Goto’s new mission is to unite the PLAN’s enemies for one final push against the genocidal AI. The fate of humanity will be decided by the courage of those fighting and dying on cold little Phobos.